The Essence of Budô Karate

Budô is the path of the Japanese traditional martial arts. Mabuni Kenei has followed this path for almost eight decades until now. He belongs to the last masters taught directly by the founders of modern karatedô. The son and heir of Mabuni Kenwa – the founder of Shitô-ryû – has acquired a deep understanding of the essence of Karate as a Budô art during his course of life. He communicates this extremely complex knowledge to the reader in a vivid and fascinating way. For this purpose he uses his own memories and experiences, technical descriptions, historical and philosophical considerations, legends and anecdotes of the lives of famous samurai and budôka (masters of sword fighting, aikidô, Okinawa-te and karate). For the beginner the book provides an idea of the inexhaustible possibilities of budô as a school of life, and the experienced practitioner will find numerous stimuli for his further development and also for his own teaching activities.

“This book is a message from a forgotten but precious past, it is an invitation to follow the path of the ‘accomplished human being’, which is the true path of karatedô. Sôke Mabuni even goes beyond this path by making connections with Buddhist, Taoist and Confucian spirituality. May his message be read and understood.” (Hanshi Roland Habersetzer).

Mabuni Kenei (1918-2015) was holder of the 10th Dan. He was born on the island of Okinawa, the birthplace of karatedō. As the son of Mabuni Kenwa, the founder of the Shitō ryū and one of the most important karate experts in history, from his childhood on he was in touch with karate and some of its greatest masters. At the age of 34 he became the head of Shitō ryū. Even in his 90s he still held seminars in different parts of the world where he taught authentic karatedō.

Carlos Molina, the editor, holder of the 7th Dan, was born in 1947 in Quetzaltenango, Guatemala. He became one of the first disciples of Mabuni Kenei in Latin America. Since 1976 he has introduced the Shitō karate in the Federal Republic of Germany. Today he is the Shitō ryū representative in Germany. 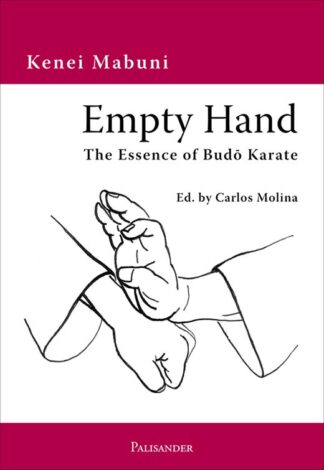